The History of Pickleball 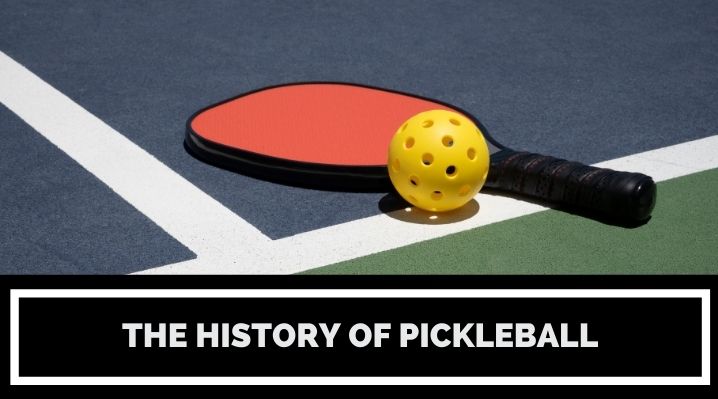 Pickleball was created in 1965 by Joel Pritchard and Bill Bell in Bainbridge Island, Washington in the United States.

Because they didn’t have access to badminton racquets, they switched to playing the game with ping pong paddles and a wiffle ball.

As the families played the game more and shared it with friends, they made some changes like lowering the net from 60″ to 36″ because the balls didn’t bounce much higher than 36″ on their asphalt court. Pritchard and Bell introduced the game to Barney McCullum, and together the three fathers began discussions on what the rules of the game should be.

In 1967, Pritchard built the first permanent pickleball court in the backyard of his neighbor, Bob O’Brian. The game quickly grew through word of mouth, and in 1972 Pickle-ball Inc. was founded as the very first company to create paddles, nets, and balls specifically for the new sport of Pickleball, helping to turn the game into a legitimate sport.

Since then, the sport has steadily grown and is now one of the fastest growing sports in the world.

Why is it called Pickleball?

Joan Pritchard (Joel’s wife) came up with the name of Pickleball because something about the game made her think of the term “pickle boat” (which means the last boat to finish a race).

Because the story about the game being named after their dog was more memorable and catchy, that’s the story that has been featured the most in the media, interviews, online, and by word-of-mouth.

Why is it called the kitchen in Pickleball?

We’re not sure why the No-Volley Zone is commonly called the kitchen. No-Volley Zone is the official term for the zone nearest to the net where you’re not allowed to stand while hitting volleys. (A volley is a shot where you hit the ball in the air before it bounces on your side of the court).

How many people play Pickleball?

According to Sports & Fitness Industry Association’s (SFIA) 2017 Pickleball Participant Report, Pickleball has 2.815 million players in the US alone. Some claim Pickleball is the fastest growing sport in the world, but we weren’t able to verify this claim.

Why is Pickleball so popular?

Pickleball is incredibly popular for many reasons: it’s fun to play for beginners and pros alike, it’s easy to learn, it’s very similar to tennis, it is faster-paced than tennis (you’ll hit the ball about 3x in Pickleball for each time someone hits a tennis ball once), and the game is very socially enjoyable because it’s often played as doubles (2 vs. 2).

Interview with the Founder of Pickleball

Here’s an interview with Barney McCallum, one of the early co-inventors of the game of Pickleball, sharing the story of how Pickleball started.