How to Serve in Pickleball 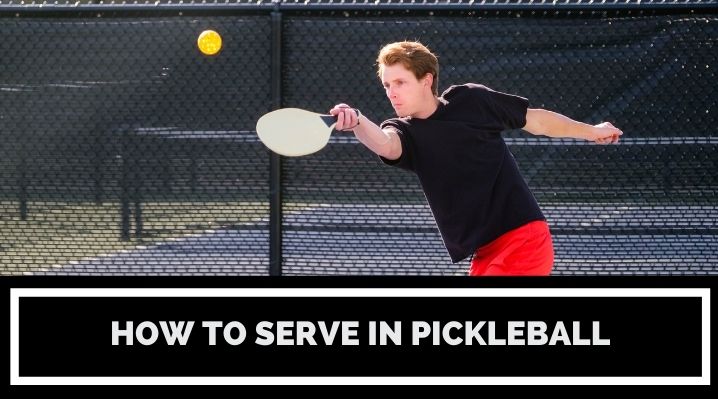 The first shot of every Pickleball point is a serve, so you’ll need to learn how to perform a legal serve and hit your shot in bounds as much as possible to win.

Once you hit the ball, it must pass over the net and land beyond the opponent’s non-volley-zone (NVZ, also called the kitchen).

You cannot bounce the ball before serving. You must throw the ball or drop it from your hand and hit the ball in the air before it bounces.

If your serve hits the net and lands beyond the opponent’s NVZ and in-bounds, it’s called a let serve and you must serve again.

However, if your serve hits the net and lands inside the NVZ or on one of the lines of the NVZ or out-of-bounds, that is a service fault and your team loses that point. The next person in line will serve next, whether that’s your partner, or, in the case of a side out, the opposite team.

Who Serves Next in Pickleball?

The server will continue to serve the ball every time you win a point. If your team loses the point, then the next player in line will serve.

At the beginning of each serve, you must call the score. There are 3 numbers in a Pickleball score.

If the server wins that point, he will switch sides with his partner and serve from the odd court (left-handed side of the court) and call out the score “1-0-2” meaning “my team has 1 point, your team has 0 points, and it’s our second serve so the opponents will serve next if we lose this point).”

If your serve hits the line of the no-volley zone, that counts as out of bounds and a service fault. The next player in line will serve.

After beginning of each new game, the first serving team is only allowed one service fault or loss of point before the opponents are allowed to serve next. After that, each team will have two serving opportunities (one for each player).